Mulk is a movie about how religion impacts communal harmony and how often the people as a society promote bigotry and hypocrisy. The world of the film is set in Varanasi.

Murad Ali Mohammed (Rishi Kapoor), a lawyer by profession lives with his family in a densely-populated locality of Varanasi. His daily routine includes namaz (prayers)  followed by some chit-chat over a cup of tea at a tea stall managed and owned by one of his close Hindu neighbours. His close-knit family consists of his wife, younger brother Bilaal (Manoj Pahwa) who owns a mobile phone shop, brother’s wife, nephew Shahid (Prateik Babbar) and niece. Murad’s son Aftab (Indraneil Sengupta) stays in London with his wife Aarti (Taapsee Pannu) who is a lawyer.

The story begins on the day of Murad’s 65th birthday, when Aarti comes to visit them. The family enjoys a lovely night with the neighbours and friends. Another story is shown in parallel, where it is revealed that Shahid has joined hands with a terrorist organization headed by the wanted Mehfooz Alam (Sumit Kaul) who assigns Shahid with the task of a bomb blast. After the night of the anniversary celebrations, Shahid leaves Varanasi early morning for Allahabad by a bus and executes the attack as planned with two other acquaintances. A lot of innocent people get killed and SSP Danish Javed (Rajat Kapoor) is assigned with the task to investigate the crime. He is also the head of anti-terrorist squad and hence tracks down everyone involved with the attack, corners Shahid and finally shoots him dead as he tries to escape instead of surrendering.

The cops turn the place upside down to gather evidence. They come across Shahid’s laptop, a wire transmitting antenna and other materials required establishing a private network and making bombs.

As the news spreads across, people start to flock outside Murad’s house. Police takes Bilaal into custody for further interrogation. Aarti steps up as his defence lawyer along with Murad and escorts him to police station. Danish tortures and interrogates Bilaal overnight but couldn’t extract any information out of him.

Within a matter of hours, the situation around Murad’s neighbourhood changes drastically. Everyone whom Murad had known for decades starts looking at him as a terrorist. His life’s reputation and goodwill gets shattered in a day. Bilaal is taken to court for hearing and the judge Harish Madhok (Kumud Mishra) denies his bail and grants police custody of him for 7 days for further interrogation on the request of the public prosecutor Santosh Anand (Ashutosh Rana).

After post-mortem, police brings Shahid’s body to hand it over to Murad, but he refuses to accept it. Despite him strongly condemning Shahid’s act, situation worsens around Murad’s neighbourhood where the Hindus tag his entire family as terrorists trying to shame them in every possible way.

Stones get pelted inside the house and words like ‘Go back to Pakistan’ and “terrorist’ get written on family’s boundary wall and gate.

On the other hand, some of the Muslims with extremist mind-set approach Murad in order to convince him that Shahid has sacrificed his life in the name of Jihad and that he is a true martyr and all the Muslims should appreciate his act and rise up against Hindu dominant society which Murad strongly opposes. Despite everything, the family maintains their calm and relies on rule of law to get justice.

The court agrees, Murad has to step down and Aarti takes his place as the main lawyer for this case. 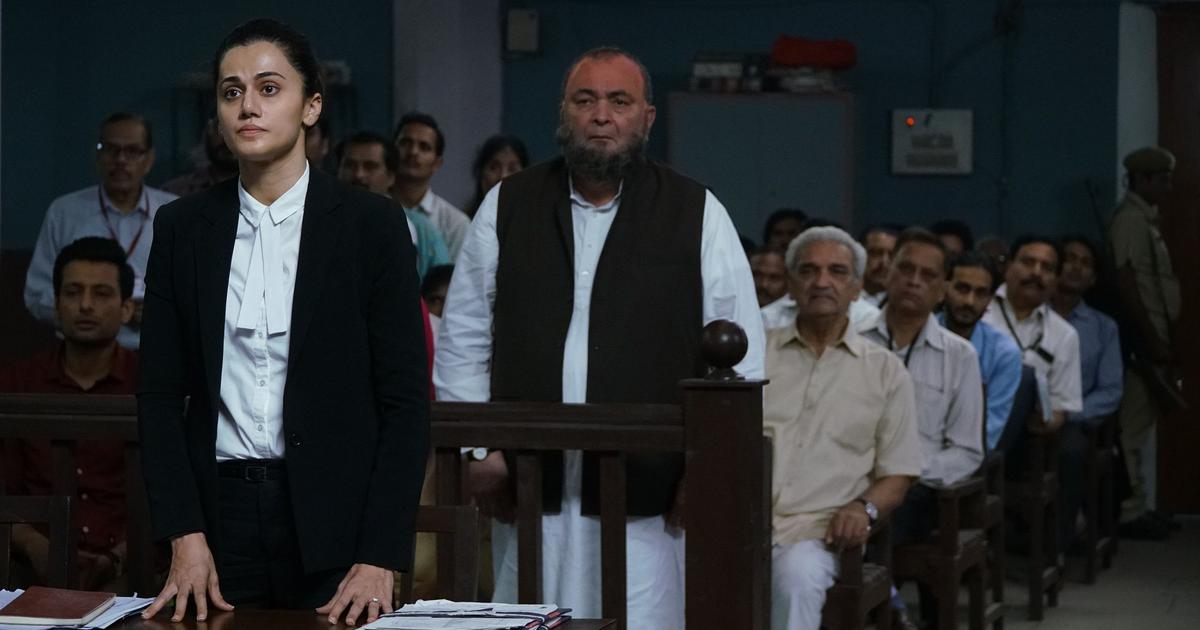 Meanwhile, Bilaal, who is already tired, ashamed, confused, saddened, tortured and humiliated, suffers a massive heart attack and passes away on his way to the hospital. Murad’s family again suffers another setback and now everything comes down to Aarti to get her father-in-law and his family acquitted of all the charges that were laid upon them on the basis of mere prejudice.

Contentions on behalf of the Accused:

While giving their closing statements the public prosecutor reiterates that Shahid’s family always knew what he was doing and they not only supported him but encouraged him to do so.

Aarti on the other hand argues that: 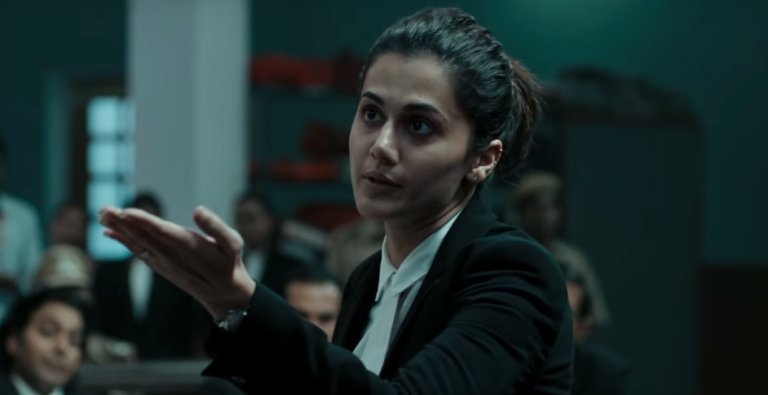 The court concludes that all evidences against Murad and his family are circumstantial thereby dropping all charges against them. Judge Harish Madhok dismisses the case stating that the main problem is with people’s mentality and everyone irrespective of their religion should fight against it to bring a change. He further states that there is no penalty in the law for not being able to see the signs of destructive behaviour and thus the family shouldnot be blamed for not knowing/noticing something that is done by a family member.

The movie ends with giving its viewers the moral that we should change our way of thinking from “We and Them” to “Us”.

The prosecutor charges Bilaal with the following:

Even though the prosecutor showed evidences that accused must receive punishment under these sections, those evidences were not conclusive enough. After Bilaal’s death the same accusations were thrown Murad’s way.

The film only goes to promote that terrorism is not related to religion and if a person is accused of terrorism then it does not automatically make their family members terrorists too. There should not be a division of ‘We’ and ‘Them’, instead there should be an ‘Us’.

ITC Limited v. Nestle India Ltd. Decided on: 10.06.2020 In the High Court of Madras On 10th June, 2020, the Hon’ble High Court of Madras provided a final decision on the suit for passing off filed by ITC Limited (hereinafter ‘ITC’) against Nestle India Limited (hereinafter ‘Nestle’) over latter’s use of the mark ‘MAGICAL MASALA’….

Citation: 2011 LLR 316 Court: High Court of Punjab and Haryana Decided On: 01.02.2011 Facts Respondent-company, for the purposes of determining its contribution under Employees Provident Fund & Misc. Provisions Act, 1952 (“Act“), was taking into consideration the basic wage as given to its employees. The Petitioner claimed that rates of minimum wages which ought…

Shoppers Stop Ltd. v. Vinod’s Shoppers Stop CS(OS) No. 458 of 2015 19.09.2016 Delhi High Court The Plaintiff was the proprietor of the mark ‘SHOPPERS STOP’ in all Classes and was using the same since 1991 as a trade mark and as part of trade name .   Over the years, the Plaintiff had created…

SEASON 1 EPISODE 1 – 27th June, 2020 Introduction In the 2014 movie ‘PK’, a humanoid alien comes to the planet Earth (aka, ‘Gola‘) for a research. Unfortunately, the alien gets stranded on Earth after losing his communication device to connect to his spaceship and eventually ends up exploring different ways of human behaviour, set…