Plaintiff was a company incorporated under the laws of England and engaged in manufacturing and marketing a wide range of products including textiles under the trademark ‘DUNHILL’. 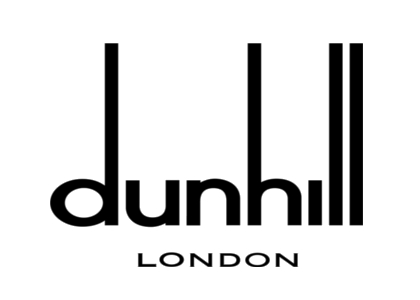 Defendants were also engaged in manufacturing and selling the textile articles under the same trademark. Plaintiff filed the present suit seeking injunction against the Defendants to prevent passing off and rendition of accounts. Along with the plaint, Plaintiff had also filed an application under Order 39 Rules 1 and 2 C.P.C. for interim injunction. The present case is summary of the Hon’ble Court’s on the Plaintiff’s application for interim injunction.

• Plaintiff is the proprietor of the trade name and trade mark DUNHILL and the said mark is attributable to the surname of Alfred Dunhill.

• The purpose and intent of the Defendants in adopting the word ‘DUNHILL’ is to trade upon and encash on the name, fame, reputation, image and goodwill acquired by the ‘DUNHILL’ group of companies.

• As a result of extensive advertising and promotional efforts, Plaintiff’s products including textile articles, have acquired global reputation and goodwill and the trade mark and trade name ‘DUNHILL’ is associated with the goods of Plaintiff.

• Defendants are passing off their goods as those of Plaintiff’s with intent to affect the goodwill and reputation of Plaintiff.

Arguments on behalf of the Defendants:

• The mark ‘DUNHILL’ not having been associated in the mind of the consumer in this country with textile articles, these goods being of a totally different character from those of the Plaintiff’s goods, Defendants’ user of the said mark or name in respect of textile articles cannot constitute any passing off of their goods as those of plaintiff.

• Defendants have been using the mark DUNHILL since 1986, and thus there is an inordinate delay of 11 years in bringing action which is fatal to the present suit.

In the instant case, there is no serious dispute with regard to the fact that Plaintiff had for many years carried on business in the United Kingdom and through various subsidiary and associated companies throughout the world in the sale of pipes tobacco products, smokers’ requisite and a wide range of luxury goods. It is also undisputed that all of the goods sold by Plaintiff are sold under the trade name and trade mark “DUNHILL”. In this view of the matter, it can safely be inferred that the trade mark/trade name ‘DUNHILL’ meant and means Plaintiff and its products to the purchasing public.

Defendants’ use of Plaintiff’s mark ‘DUNHILL’ is likely to cause confusion as to the source or origin of its product. The likelihood of confusion is further enhanced by the relationship between Plaintiff and Defendants’ goods. The standard of consumer to be regarded is that of an ordinary shopper, going about his shopping in an ordinary way. There is bound to be confusion in shopper’s mind in relation to the trade mark and trade name ‘DUNHILL’ on the textile articles marketed by Defendants.

Further, relying upon N.R. Dongre v. Whirlpool Corporation; AIR 1995 Delhi 300, the Plaintiff company is entitled to protect its global reputation, image, name, fame and goodwill as the goodwill or image or reputation of goods and marks does not depend upon its availability in a particular country.

Plaintiff had proved that its trans-border reputation was used by the Defendants in violation of Section 27(2) and 106 of the Trade and Merchandise Marks Act, 1958, resulting in a prima facie case for grant of injunction.

The delay of 11 years was excusable because Plaintiff was engaged in the legal proceedings on the same subject against Defendants.

For the reasons mentioned above, the court granted the injunction in favor of the Plaintiffs thereby restraining the Defendants from using the mark ‘DUNHILL’.

COBRA BEER PARTNERSHIP LTD & ANR. v. SUPERIOR INDUSTRIES LTD. Date of Decision: 08.04.2015 High Court of Delhi Facts: Plaintiff was the registered proprietor of the trade mark ‘COBRA’ and ‘KING COBRA’ for Beer. The said marks were embossed on the bottles of the Plaintiff. The Defendant was using the Plaintiff’s bottle for its own…

Mohan Meakin Ltd. v. A.B. Sugars Ltd. CS(OS) No. 2335 of 2010 before the Hon’ble High Court of Delhi Decided on: 10th October, 2013 The Plaintiff filed a suit against the Defendant seeking permanent injunction restraining the Defendant from using the mark/label ‘TOLD MOM’ and or/any other mark deceptively similar to the plaintiff’s trademark ‘OLD…

Sun Pharmaceutical Industries Ltd. Vs. Anglo French Drugs and Industries Ltd. Decided on: 12.09.2014 In the High Court of Delhi Appellant, marketed Oxcarbazepine, an anticonvulsant and mood stabilizing drug used in the treatment of epilepsy and bipolar disorder under the trade mark OXETOL. Respondent adopted the trademark EXITOL for administering Lactitol. Appellant filed a suit…