A Division Bench of the Delhi High Court vacated the injunction granted by a Single Judge against Apple Inc. (Apple) in a claim of passing of by Rohit Singh, a software developer & Vyooh Low Level Computing LLP.

Rohit Singh, developer of software products SplitView, DiskView and ViewScribe alleged that Apple, in its operating system – Mac OS X El Capitan and iOS 9 – was using and thus, passing of a feature called ‘Split View’. It was alleged Rohit Singh has a trademark in ‘SplitView’ and Apple’s feature served the same functionality as that of his software i.e. letting the user work on two applications simultaneously, without having to manually resize each of the application windows. He pleaded that owing to sales amounting to US$ 5.9 million, he had considerable goodwill and reputation in the market.

Apple responded by contending that ‘SplitView’ could not be eligible for trademark protection, the same being descriptive of the purpose that the software was being used for i.e. splitting windows on a computer screen.

Before the Single Judge

In the first instance, Apple was injuncted from using the name ‘SplitView’ for its feature. It was held that the trademark ‘SplitView’ was prima facie a unique combination of two English words Split and View. It was further held that other software programmes allowing multiple windows on the users’ computer screen had adopted different names and thus, injunction ought to follow in the interim.

Before the Division Bench

In appeal, Apple contended that there was gross suppression of material facts and injunction ought not to have followed. It was also urged that:

Apple placed before the Division Bench numerous publications to substantiate the contentions made by it.

Observing that proper pleadings are required as to the effect of the documents in accordance with the Code of Civil Procedure and reiterating that in appeal, the only issue to be examined was whether on the material placed before the Single Judge, a case was made out to grant an ex-parte ad-interim injunction, theDivision Bench vacated the injunction by returning a finding that a strong prima facie case had not been made out for grant of the same. The Bench appreciated the arguments advanced by Apple and further observed that it would have required a strong consideration whether ‘SplitView’ is descriptive of an essential feature of the computer programme, thereby rendering it not eligible to be a trade mark.

Disclaimer: Then above post is only for general information and do not constitute legal advice. Any part of this post should not be interpreted as soliciting or advertising nor should any reader act (or refraining from making) any decision on the basis of any statement contained herein without seeking professional advice. 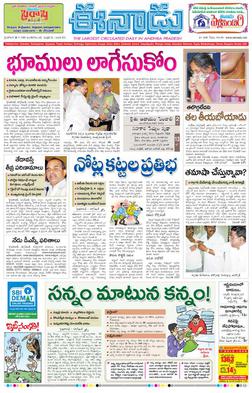 ITC Limited v. Nestle India Ltd. Decided on: 29.04.2015 In the High Court of Madras Image from here Facts: Plaintiff, being India’s foremost private Sector Companies, entered the Indian instant noodles market with Sunfeast Yippee! In two variants: (a) Yippee! Magic Masala and (b) Classic Masala. In March, 2013 Plaintiff came to know that the…

Manisha Koirala v. Shashilal Nair and Ors.; 2003 (1) AllMR 426 Brief Facts: Four scenes of four minutes in a film, titled ‘Ek Chhoti Si Love Story’ were the subject matter of dispute. The story of the film was about an adolescent boy who was obsessed with a girl who was 26 years old and…