(Substantial Performance of an obligation)

Defendant engaged plaintiff to install central heating system under a lump sum contract. However, the work was completed with many defects like: fumes from the boilers, inadequacy of warmth, etc. such that the total cost of repairing would have to be approximately 30% of the contract price. In these conditions defendant refused to pay the plaintiff any consideration for the work done and plaintiff sued for recovering the amount due for substantial performance.

ISSUE: Whether there was substantial performance of the obligations there under so as to enable plaintiff to recover anything on the contract?

The rule in Cutter v. Powell that unless the contracting party had performed whole of his contract, he wasn’t entitled to recover anything under a lump-sum contract needs to be seen in light of the rule in H Dakin v. Lee and William v. Roffey Bros which recognize the right of party to recover upon any substantial performance of his obligations rendered, even under lump-sum contracts, unless a provision express in the contract or implied from the circumstances suggests that parties intended the payment to be made only after the precise and complete performance by it.

However, while considering whether there has been a substantial performance, both nature of defects and proportion between the cost of rectifying them and the contract price needs to be taken into account. It would be nevertheless wrong to say that the contractor is only entitled to payment if the defects are so trivial as to be covered by de minimis rule; such that the rule of substantial performance has been extended farther till the cases where such a proportion reached ~10%

In present case, there was neither an express term nor any implied term pleaded to make it obligatory upon defendant to pay for the work only after it has been done ‘precisely’ and ‘completely’ such that any claim for substantial performance was not rejected on sole grounds of the agreement being a ‘lump-sum’ contract.

But, the contract was to install a central heating system such that the heating system neither did produce adequate heat nor was usable for it emitted fumes that made the air uncomfortable; the costs to repair the defects was huge in proportion to the contract price. Under these circumstances, the performance whatsoever couldn’t be regarded as substantial enough so as to enable plaintiff to recover anything upon it.

Kuchwar Lime & Stone Co. v. Dehri Rohtas Light Railway Co. Ltd. & Anr. 1969 AIR 193 (Implied Agency) FACTS: A quantity of coal was booked by a Colliery to the appellant Company carriage to Banjari station on the respondent Railway’s line and the freight on the consignment was to be paid by the appellant…

IK Sohan Singh  v. State Bank of India (Uncertainty, Contingency) FACTS: Defendant purchased some property from D for Rs. 75000/- out of which 50,000/- were paid at the time of execution of sale deed and rest disputed 25,000/- were to be paid “as soon as possible but at a time when the vendee is in… 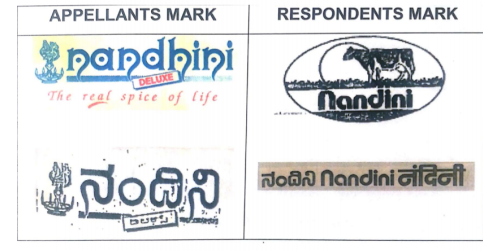 Gajanan Moreshwar v. Moreshwar Madan  (1942) 44 BOMLR 703 (Section 124 of Indian Contract Act, when indemnity can be claimed) FACTS: Plaintiff (P) got a plot of land on lease from municipal corp. of Mumbai. P allowed Defendant (D) to erect building on that land. D, in this course, incurred debt of Rs.5ooo from building…

Citation: AIR 2000 SC 2003 Facts GDA, though informed the plaintiffs about the allotment of plots to them, yet even after more than considerable time had elapsed, never conveyed the property to them. Latter approached MRTP Commission which granted them not only amount paid by them to the defendants for the possession of the plot alongwith…

Conditions for using ‘Implied Terms’ for Interpretation  Lord Simon in BP Refinery (Westernport) Pty Ltd vs. The Shire of Hastings [1978] 52 AJLR 20 held that- “…for a term to be implied, the following conditions (which may overlap) must be satisfied: it must be reasonable and equitable; it must be necessary to give business efficacy to the…