Plaintiff society was registered in the year 1948-49 as Delhi Public School. In 1948, Plaintiff first adopted the distinctive crest which is reproduced herein below: 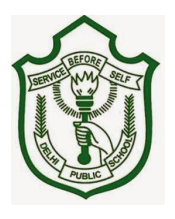 The said crest was registered under different classes under the Trade Marks Rules, 2002 including Class 41, relating to education in 2007. Plaintiff established its first school in the year 1949 under the name and style of ‘Delhi Public School’. The acronym of the same  is ‘DPS’. In the year 1962 the name of the Society was changed to Delhi Public School Society. In 1996-1997, Plaintiff adopted another Crest for the school. The same is reproduced herein below:

During, 1994-2004, Defendant No. 2 was president of Plaintiff. In July, 2015, Plaintiff came to know that Defendant No. 1, whose chairperson was spouse of Defendant No. 2 is functioning under the trade name “DPS World Foundation” by adopting identical trademark/name “DPS” and a deceptively similar logo/crest mark. The same is reproduced herein below:

On further investigation, Plaintiff came to know that the Defendants are also maintaining a website www.dpsworldfoundation.com wherein, the impugned trade mark of the Defendants “DPS” and crest/logo (depicted immediately above) is prominently displayed Defendant No. 2 was a life member of the Society till October 17, 2015, when he was removed from the membership.

Plaintiff served a show cause notice dated July 24, 2015 to the Defendant No. 2 asking him as to why an action should not be taken against him, inter alia, amongst others for having his clandestine association in the creation of Defendant No. 1 and adoption of impugned infringing trade marks, for setting up schools across India and giving franchisee of such schools to other people, which was in contradiction to the position then held by him as a life member of the Plaintiff. Defendant No. 2 vide its reply dated August 21, 2015 admitted that he is associated with Defendant No. 1.

As the Defendants were not refraining from using the mark ‘DPS’ and the crest logo, the Plaintiff filed a suit for permanent injunction against the Defendants seeking to restraing them from infringement of trade mark, copyrights, passing off as well as other incidental and ancillary reliefs. Along with the suit, the Plaintiff also filed an application for interim relief. The present judgment is arrived after adjudicating on the said application.

There is no dispute that the suit has been filed by the Plaintiff for infringement of the trademark/name ‘DPS’. It is also not in dispute that the Plaintiff has registration of trademark/name ‘DPS’ in class 16 for paper, cardboard, photographs, stationary etc, Class 35 advertising, business management, business administration, office functions, Class 36 insurance, financial affairs, monetary affairs, real estate affairs and in Class 42 for food and drink, medical, industrial research and computer programming and the trademark/name ‘Delhi Public School’ in Classes 16, 35 and 36. In order to constitute Infringement under the provisions of Section 29 of the Trademarks Act, it would be necessary to show that the impugned trademark is identical or deceptively similar to the registered trademark and once the Plaintiff is able to establish that the impugned mark is identical or deceptively similar to the registered mark, then, it is irrelevant whether the Defendant No. 1 is using the impugned mark in respect of the goods and services which are not similar in nature. In the case in hand, even if the registration of the trademark ‘DPS’ is not in Class 41, the Plaintiff having registration in other classes would be entitled to protection. It is registered in respect of goods such as printed matter, goods made from paper and card board, stationery, adhesives for stationery instructional and teaching material etc. as also in respect of food, drink, computer programming, scientific and industrial research. The mark/name of the Defendant No. 1 ‘DPS World Foundation’ or ‘DPS World School’, would surely, cause infringement of the registered trademark ‘DPS’ of the Plaintiff.

Founding Trustees of Defendant No. 1 themselves referred to “DPS” at various places, which if read in context is, a reference to the Delhi Public School. From the above, it is clear (at least at this stage) that, the mark/name “DPS” owe its origin to Delhi Public School and not to ‘Dipsites’.

The spouse of the Defendant No. 2, was herself not a ‘Dipsite’. That apart, the Institutional membership of the Defendant No. 1 is also open to a Trust/Society intending to set up a DPS World School in India/abroad, with no earlier connection with Delhi Public School. So, to connect Defendant No. 1 with Dipsites Association is not appealing. The aims and objectives of the Association includes, to aid and assist the Managing Committees of the schools in all matters, which are the schools under the Plaintiff. The aims and objective nowhere stipulates, establishment of schools.

On a prima facie view, based on the documents, orders, this Court is of the view that, the Plaintiff has made out a case for interim relief with regard to the usage of the trademark ‘DPS’. Further, the balance of convenience is also in favour of the Plaintiff.

The trademark/name Delhi Public School has acquired a secondary meaning to transform it and give it a distinctiveness with an exclusive right with registered/prior user.

That apart, there are several orders of this Court, wherein, this Court had held “DPS” enjoyed goodwill and reputation in the field of school education, is a relevant factor for determining the prima facie case in favour of the Plaintiff.

The Advisory “A Dipsites Knowledge Initiative and an independent effort of DPS Alumin (Dipsites). Not a part of Delhi Public School Society, New Delhi” is only on the website of the Defendant No. 1. Such an Advisory has not been put in the various advertisements issued in newspapers. The advertisement reads as “A Dipsites Knowledge Initiative” which is different from the Advisory issued by the Defendant No. 1 on its website.

As far as second crest logo of the Plaintiff is concerned, the plaint records, that in the year 1996-97, the same was adopted by the Plaintiff.

The Defendant No. 1, in its reply, has taken a stand that the Plaintiff has not named the person, who has designed the same. It is stated, no case can be made out from infringement or passing off unless the name of the person is disclosed or ascertained in the pleadings. It is also stated that the idea and preliminary drawings were conceived by the Defendant No. 2 and the crest logo was drawn by an Art Teacher from Delhi Public School, Vasant Kunj, in her private capacity.

In rejoinder, Plaintiff stated that Defendant No. 2 has never used the second crest logo in his personal capacity, but used the same in official capacity as an office bearer of the Plaintiff.

The plea of Defendants that the last time, the Plaintiff has used the second crest logo was only in the year 2008 and not thereafter merits consideration. Even though, as per the Plaintiff’s document, there is a letter dated June 8, 2015 of the Delhi Private School in Dubai, to contend that the crest logo is still being used, suffice to state, the school concerned, was Delhi Private School in Dubai. There is no explanation, nor any document has been shown by the Plaintiff to show that, even after 2008 till recently, the crest logo has been in continuous use in India. In the absence of any evidence this Court, is of the view that, the discretion cannot be exercised in favour of the Plaintiff on the aspect of crest logo while considering the present application.

The Defendants were restrained from using the mark ‘DPS’ till the pendency of the suit.

Note: The order is only on the application for interim relief during the pendency of the suit. The order is currently under challenge before the Division Bench of the Hon’ble High Court of Delhi.

Louis Vuitton Mallettier v. Abdul Salim and Others CS(OS) 90/2006 Key Words: Parallel Import, Exhaustion, Trade Mark FACTS: This suit was filed for protection of rights in the trademark “Louis Vuitton”, trademark/logo “LV” and the “Toile monogram” design. The plaintiff as the registered proprietor of the aforesaid marks/logo/monogram sought order against the defendants from selling,…

Raj Rewal v. Union of India & Ors. CS (Comm) No. 3 of 2018 before the Hon’ble High Court of Delhi at New Delhi Date of Decision: 28th May, 2019 Facts of the case: Raj Rewal, the Plaintiff, being an internationally acclaimed architect, designed Hall of Nations and Hall of Industries which was constructed in… 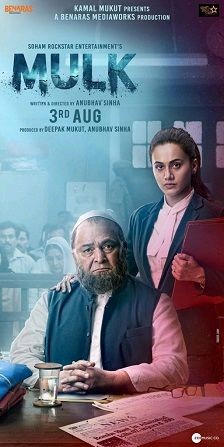 K.R. Chinna Krishna Chettiar Vs. Shri Ambal and Co., Madras and Anr. Full Bench Decision (1969) 2 SCC 131 The parties were manufacturers of snuff carrying on business at Madras. Both had their business in and outside of Madras. Respondents were the proprietors of the registered mark consisting of a label containing a device of…

Godrej Sara Lee Limited v. Reckitt Benckiser Australia Pvt. Ltd. and Anr. (2010) 2 SCC 535 Two Appeals were filed before the Delhi High Court, against order passed by the Controller of Designs, Kolkata, cancelling two registered designs under Section 19(1) of the Designs Act, 2000. The question for determination before the High Court was…