The Appellant applied for Registration of the mark “Simla” under Part A of the Register. A Show Cause Notice was issued to the Appellant stating that the word “Simla” is a geographical name and registrable only on very strong evidence of distinctiveness. On reply, the Appellants provided evidence regarding extensive sale and advertisement, that was rejected as the mark should have acquired distinctiveness on the date of making the application. The Appellant kept quiet for two years before a new application was filed along with 22 affidavits from various persons under Part B of the register on the same date as the previous one was withdrawn. After rejection of which, this appeal was filed. 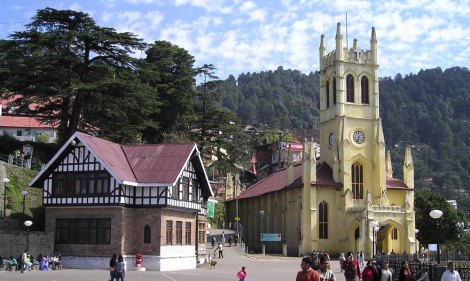 Arguments on behalf of the Appellant:

Arguments on behalf of the Respondents:

• A geographical mark may only be registered on it being distinctive and ‘Simla cigarettes’ could not have gained distinctiveness in a short period of three years.

• Further, the nature of the evidence as regards distinctiveness was also not independent and reliable.

• This is also not a fancy word as it may deceive,not the informed smokers, but an ordinary smoker without any special knowledgeof tobacco not being related to Simla.

Whether geographical name “Simla” has acquired distinctiveness within a short period of 3 years on account of extensive sale and advertisement?

The statutory position in India in the Trade andMerchandise Marks Act 1958 was examined thus:

• Section 9(1)(d) makes it clear that there is no absolute bar on registration of a geographical name for it is registrable except upon evidence of its distinctiveness.Various cases such as the Liverpool case, (1928) 46 RPC 99 and the Yorkshire case, (1954) 71 RPC 150 also indicate towards striking evidence of distinctiveness. Additionally, evidence as to the word being a fancy word may also be accepted. Fancy, for this purpose, as has been held is a word that has an innate and inherent character of fancifulness which does not depend on evidence to show that in fact that it is neither deceptive nor descriptive. In the case at hand, the court in this regard, observed that though tobacco is not grown in Simla today, there may be traders in future who will manufacture tobacco there. Hence, it may be deceptive.

• The learned Editor of the 9th Edition of Kerly on the Law of Trade Marks and Trade Names in paragraph 286 and pages 144-45 has emphasized on elements of area and time to acquire distinctiveness. Further, Thorne & Co. Ltd. v. Sandow Ltd., (1912) 29 RPC 440 at p. 451 is authority for stating that an applicant is entitled to withdraw an application and make a second application so as to obtain the advantage of a longer period of use.

• The principle laid down in the Magnolia case (1897) 14 RPC 621 will also not be applicable here. It was stated that a word does not become a geographical name simply because some place upon the earth’s surface has been called by it but Simla is far too well-known a place in the geography of India.

The question that arises is, therefore, of reliability and independence of the evidence that according to the Glastonburys’ case (1938) 55 RPC 253, must be reliable and Bardman’s case, (1913) 30 RPC 218 must be scrutinized not only with ‘critical’ but even with ‘sceptical vigilance’.

• In the instant case, all of these affidavits follow the same pattern and are verbatim copies of each other.

• Further, persons providing these affidavits – the employees and the dealers do not seem to have given disinterested or independent evidence as they are interested to boost the Appellant. In other cases, the affidavits written in English have been signed in Urdu and Hindi by the deponents do not seem to know English. Neither is there any statement that the contents of the affidavits were explained to them or they signed such affidavits after having understood what they were signing.

• The status, responsibility, dependability of these persons specially when they used the evidence of affidavits which cannot be checked do not seem to indicate that it is reliable evidence which can prove distinctiveness in a magically short time of barely three years.

Therefore, on account of unreliability of evidence, hence, indistinctiveness, the court upheld the decision of the Registrar and the appeal was dismissed.

Wipro Cyprus Private Limited v. Zeetel Electronics 2010 (44) PTC 307 (Mad) Key Words: parallel import, exhaustion, trade mark, FACTS: The Appellant in this case filed a suit for permanent injunction, restraining the Respondents from using the trade mark YARDLEY or any other phonetically similar expression in any media which can infringe the Applicant’s registered…

Allied Blenders and Distillers Pvt. Ltd. v. Intellectual Property Appellate Board, The Deputy Registrar of Trade Marks and John Distilleries Limited  AIR 2009 Mad 196, 2010(42)PTC57(Mad) LAW POINTS: Section 21 of the Trade Marks Act, 1999 requires a party opposing registration of a trade mark to file a notice of opposition to the registration within…

LT Foods Limited v. Heritage Foods (India) Limited; 07.05.2014; FAO (OS) 3 of 2014 before the Division Bench of the Delhi High Court The Appellant filed a suit seeking towards infringement and passing off of it’s trade mark HERITAGE. Respondent was a registered proprietor of the Trade Mark HERITAGE for the same goods. Therefore, the…

Polson Ltd. v. Polson Dairy Ltd. and Ors.; 1996 PTC 709 Facts: 1888: Seth Pestunji Edulji Polson started business of selling coffee in Bombay 1900: He started using the trade mark ‘Polson’ which was part of his name for selling coffee. 1915: He started marketing and selling butter, cheese, flour, etc. besides coffee under the…