Appellant and Respondent were Pharmaceutical companies who had taken over the assets and business of erstwhile Cadila Group after its restructuring under Section 391 & 394 of the Companies Act.

One of the conditions in the scheme of restructuring of the Cadila Group was that both the Appellant and the Respondent got the right to use the name “Cadila” as a corporate name.

The Appellant manufactured a drug under the brand name “FALCIGO” which contained Artesunate for the treatment of cerebral malaria, commonly known as Falcipharum.

On August 20, 1996 the Appellant applied to the Trade Marks Registry, Ahmedabad for registration of the mark “FALCIGO” in Part-A, Class-5 of the Trade and Merchandise Marks Act.

On October 7, 1996, the Drugs Controller General (India) granted permission to the Appellant to market the said drug under the trade mark of “FALCIGO” all over India.

On April 10, 1997, Respondent Company was granted permission from the Drugs Controller General (India) to manufacture and import from abroad a drug containing Mefloquine Hydrochloride.

The Appellant claimed that it was in April 1998 when it came to their notice that the drug manufactured by the Respondents was also used for the treatment of Falcipharum Malaria and was sold under the trade mark of “FALCITAB”. 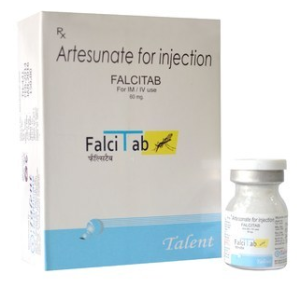 The Appellant then filed a suit in the District Court at Vododra, Gujarat seeking injunction against the Respondent from using the trade mark “FALCITAB”.

The interim injunction application made by the Appellant was dismissed.

Subsequently, an appeal was filed by the Appellant in the. Hon’bl High Court reached the conclusion that it could not be said that there was a likelihood of confusion cause to an unwary customer in respect of the disputed marks.

The Appellant then approached the Hon’ble Supreme Court against the order of the Hon’ble High Court.

Case of the Appellant:

• It was submitted on behalf of the Appellant that although the possibility of confusion in a drug being sold across the counter may be higher but the fact that a drug is sold under prescription or only to physicians cannot by itself be considered a sufficient protection against confusion. The physicians and pharmacists are trained people yet they are not infallible and in medicines, there can be no provisions for mistake since even a possibility of mistake may prove to be fatal.

Case of the Respondent:

• Word “Falci”, which is the prefix of the mark was taken from the name of the disease Falcipharum Malaria. It is a common practice in pharmaceutical trade to use part of the word of the disease as a trade mark to indicate to the doctors and chemists that a particular product/drug is meant for a particular disease.

• It was also the case of the Respondent that admittedly the two products in question were Schedule L drugs which can be sold only to the hospitals and clinics with the result that there could not even be a remote chance of confusion and deception.

The Hon’ble Supreme Court in its judgement refused to interfere with the order appealed against and examined the principles that are to be kept in mind while dealing with an action for infringement or passing off especially in cases of medicinal products.

The well-settled principles of law applicable to such cases are:

• The real question to decide in such cases is to see as to how a purchaser, who must be looked upon as an average man of ordinary intelligence, would react to a particular trade mark, what association he would form by looking at the trade mark, and in what respect he would connect the trade mark with the goods which he would be purchasing.

• Physicians are not immune from confusion or mistake. Furthermore it is common knowledge that many prescriptions are telephoned to the pharmacists and others are handwritten, and frequently handwriting is not unmistakably legible. These facts enhance the chances of confusion or mistake by the pharmacists in filling the prescription if the marks appear too much alike when handwritten or sound too much alike when pronounced.”

• The drugs have a marked difference in the compositions with completely different side effect. The test should be applied strictly as the possibility of harm resulting from any kind of confusion by the consumer can have unpleasant if not disastrous results.

• The courts need to be particularly vigilant where the defendants drug, of which passing off is alleged, is meant for curing the same ailment as the plaintiffs medicine but the compositions are different. The confusion is more likely in such cases and the incorrect intake of medicine may even result in loss of life or other serious health problems.

• As far as present case is concerned, although both the drugs are sold under prescription but this fact alone is not sufficient to prevent confusion which is otherwise likely to occur. In view of the varying infrastructure for supervision of physicians and pharmacists of medical profession in our country due to linguistic, urban, semi-urban and rural divide across the country and with high degree of possibility of even accidental negligence, strict measures to prevent any confusion arising from similarity of marks among medicines are required to be taken.

• Keeping in view the provisions of Section 17-B of the Drugs and Cosmetics Act, 1940 which inter alia indicates that an imitation or resemblance of another drug in a manner likely to deceive being regarded as a spurious drug it is but proper that before granting permission to manufacture a drug under a brand name the authority under that Act is satisfied that there will be no confusion or deception in the market. The authorities should consider requiring such an applicant to submit an official search report from the Trade Mark office pertaining to the trade mark in question which will enable the drug authority to arrive at a correct conclusion.

Moreover in deciding whether a particular trade mark is likely to deceive or cause confusion that duty is not discharged by arriving at the result by merely comparing it with the trade mark which is already registered and whose proprietor is offering opposition to the registration of the mark.

The Hon’ble Supreme Court also laid down some factors for deciding the question of deceptive similarity. However, it suggested that weightage to be given to each of these factors should depend upon the facts and circumstances of each case. The factors are enumerated below:

a) The nature of the marks i.e. whether the marks are word marks or label marks or composite marks, i.e. both words and label works.

b) The degree of resembleness between the marks, phonetically similar and hence similar in idea.

c) The nature of the goods in respect of which they are used as trade marks.

d) The similarity in the nature, character and performance of the goods of the rival traders.

e) The class of purchasers who are likely to buy the goods bearing the marks they require, on their education and intelligence and a degree of care they are likely to exercise in purchasing and/or using the goods.

f) The mode of purchasing the goods or placing orders for the goods; and

g) Any other surrounding circumstances which may be relevant in the extent of dissimilarity between the competing marks.

The matter was remitted to the trial court to try the suit keeping the above factors in mind. 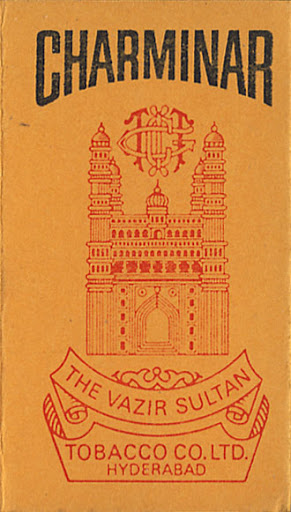