Plaintiff was the registered proprietor of the trade mark ‘COBRA’ and ‘KING COBRA’ for Beer. The said marks were embossed on the bottles of the Plaintiff. The Defendant was using the Plaintiff’s bottle for its own products being Beer under the mark ‘Superior 50000’. 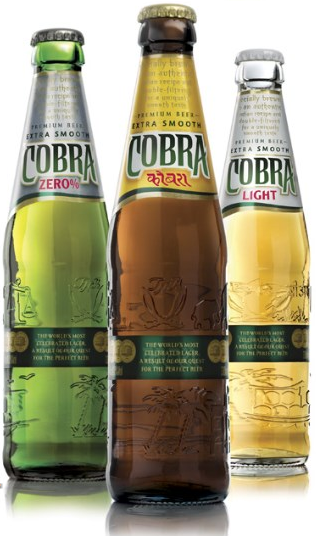 Plaintiff filed a suit for infringement of trade mark and passing off.

• Plaintiff No. 1 is the registered proprietor of the trade marks in question by virtue of assignment of trade mark.

• Defendant is not using the trademarks ‘COBRA’ and ‘KING COBRA’ in the course of trade as envisaged under Section 29 of the Trade Marks Act, 1999.

• The beer of the defendant is being manufactured and sold by him under its own registered trademark ‘SUPERIOR 50000’.

• The assignment of trade mark in favour of the Plaintiff No. 1 was improper and invalid.

• Defendant will cover its bottles with a label and the mark of the Plaintiff will not be visible.

• Even assuming that the Defendant covers the embossing on the bottle with a label, it would make little difference as it cannot take away the fact that the embossed bottle of the Plaintiff carrying his mark is being used by the Defendant and obliteration by itself would not entitle the defendant to a protection.

On the issue of improper assignment

• In Umesh Chandra Tripathy Vs. Smt.Shanta Grover and Others; 1998 (3) BLJR 2014 it was observed that a deed of gift between the two parties i.e. the doner and the donee can be challenged only by the parties therein and a third party would have no right to challenge the said document

• Secondly, even otherwise this would be a matter of trial and may not be required to be gone into, at this stage.

On the act of the Defendant being an honest trade practice

• The Defendant has not answered the case of honest practice in commercial matters and his submission that he is not taking unfair advantage or not doing an act which is detrimental to the distinctive character or repute of the trademark of the plaintiff which is admittedly registered in his name, is not tenable.

• Defendant is deliberately proposing to sell the goods of the plaintiff as that of his own.

• Had the Defendant’s use been that of an honest user which was not detrimental to the interest of the Plaintiffs, the suggestion of the Court that the Defendant should remove all such offending bottles at the time when he screens them for filling his beer was a suggestion which should have been acceptable to him but this was not so.

On Infringement of trade mark

• In Sub-Section 3 of Section 29 any case falling under clause (c) of Sub-Section (2), the Court shall presume that it is likely to cause confusion on the part of the public. This is no doubt a rebuttal presumption but the onus is upon the defendant to rebut it which the Defendant was unable to discharge.

The Defendant was restrained from directly or indirectly dealing in beer or any other alcoholic or non-alcoholic beverages using the bottles bearing the trademarks ‘COBRA’ and ‘KING COBRA’ or any other trademark/logo as may be deceptively similar/identical to the plaintiffs‟ registered trademarks.

Ranbaxy Laboratories Ltd. Vs. Dua Pharmaceuticals Pvt. Ltd. 1988 (8) PTC 273 (Del) Plaintiff had filed a suit alleging that its registered trade mark “CALMPOSE” has been infringed by the defendant, who is manufacturing similar medicine and marketing under the mark of “CALMPROSE”. Defendant’s Case: Medicine in question is sold by chemists on the prescription…

Exphar SA and Anr. v. Eupharma Laboratories Ltd. and Anr. (2004) 3 SCC 688 The appellant and M/s. Shreechem Laboratories filed a suit before the Hon’ble High Court of Delhi  for infringement of Copyright  in packaging, layout and design of their medicine ‘Maloxine’ along with a claim for passing off. The claim of the appellants…