Under an agreement entered into between ‘Fedders Quiogan Corporation’ (the Respondent) and the then partnership firm, ‘M/s Llyod Electric and Engineering Company’, on 21st May 1956, a license to deal in air conditioners was granted to the latter for 5 years under the trade name ‘FEDDERS’.

The partnership firm applied for registration of the mark ‘FEDDERS’ on 18th July, 1956.

On 16th January, 1957, a company ‘Fedders Llyod Corporation Pvt. Ltd.’, (Appellant) was incorporated, which was controlled by the persons in-charge of the partnership firm.

On 19th February, 1957, the said trade mark was registered in the name of the partnership firm.

On objection, the trade mark was assigned by the partnership firm to the Respondent and the same was registered in the name of the Respondent on 20th August 1958.

In 1963, an agreement was executed between the Respondent and the Appellant, which granted the Appellant an exclusive license to sell air-conditioners under the brand name ‘FEDDERS’.

The term of the agreement expired in 1968. The parties negotiated for continuance of the agreement, but it did not materialize. Therefore, the Respondent asked the Appellant to cease the use of the trademark ‘FEDDERS’. But the Appellant did not comply with the demands and continued using the mark ‘FEDDERS’. The Respondent filed a suit for injunction, which was confirmed at the interim stage in 1980.

In August, 1982 Appellant filed an application before the Delhi High Court under Section 46 and 56 of the Trade and Merchandise Marks Act, 1958 for removal of the trade mark of the Respondent alleging that there has been a continuous period of more than five years and one month before filing of application during which there has been no bona fide use of the trade mark by the Respondent.

On 19th September, 1997, Learned Single Judge of the Delhi High Court dismissed the application of the Appellant by holding the same to be barred by time. The Learned Single Judge also observed that the Respondent No. 1 had established his intention to use the trade mark and non-use was on account of restrictions imposed by the Government.

(i) Whether the Appellant’s application for removal of the trade mark of the Respondent on account of non-use was within time?

(ii) Whether non-use by the Respondent was on account of restriction on import, constituting special circumstances?

• On Limitation: Since non-use is a continuous process, it would give it, as a‘person aggrieved’, a recurring cause of action for removal of the mark. Section 46 of the Act does not envisage any relief period but only provides for a qualifying period of five years and one month where after a petition for rectification can be filed. Also, Article 137 of the Limitation Act has no application to rectification of trade mark under Section 46 of the Act, as specific period for filing the application is provided.

• On Non-Use: Respondent has failed to satisfy that non-use was due to ‘special circumstances’. The plea of the Respondent that there was a complete ban on its articles is wrong as the import of air-conditioners was allowed for the Government, diplomatic personnel, consulate officers and trade commissioners.

• Respondent has used the trademark ‘FEDDERS’ in relation to its goods within India, but was unable to make more extensive use of it on account of the restriction under the import policies at the relevant time.

• Import restrictions were ‘special circumstances’ justifying the non-use of the mark.

Rationale of Decision: On a conjoint reading of the Trade and Merchandise Marks Act, 1958 and the Limitation Act, 1963, it is apparent that the application under Section 46 can be filed after there has been ‘non-use’ of the trade mark for a continuous period of five years and one month. The provision does not contemplate that the application has to be filed just after completion of five years and one month of ‘non-use’, and also does not stipulate as to when the cause of action will start. What is relevant is not when the right to sue commenced but when the right to sue matured. The non-use in such case on everyday gives a new cause of action and will not extinguish on account of earlier ‘non-use’. Thus, it cannot be inferred that the application of the Appellant under Section 46 was barred by limitation.

Rationale of Decision: The contention of the Appellant that the ban was not complete as the Government and certain other undertakings were entitled to import even during the ban, does not make the import of goods commercially viable. Under Section 46(3), what is to be considered is not the existence of an absolute prohibition to import but the existence of conditions making use impracticable in the ordinary usage of trade. Thus, the trade mark of the Respondent is not liable to be removed on the ground of non-use.

Hence, appeal of the Appellant failed and its application under Section 46 for removal of the trade mark of the Respondent was dismissed. 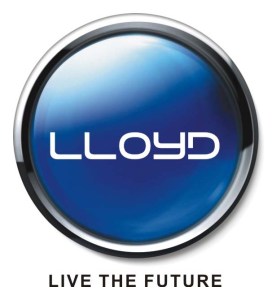 Rai Toys Industries and Ors. v. Munir Printing Press, Delhi 1982 PTC 85 Plaintiff filed a suit for infringement of Copyright in it’s Tambola tickets which were copied by the Defendant. The Plaintiff was also the registered owner of the Copyright. The Learned Single Judge granted a decree of permanent injunction in favour of the…

Koninklijke Philips Electronics NV v. Smt. Kanta Arora and Ors. 2005 (30) PTC 589 (Del) Image from here Facts: Plaintiff No. 1 was a company established under the Dutch laws in 1891 as “Philips & Co.”. Over 107 years, it had become one of the world’s biggest electronic company, producing a variety of electrical and…