In the year 1983, Plaintiff started using the mark ‘Haywards 5000 Super Strong Beer’ and got it registered in 1985. Defendant launched its product of super strong beer in the year 2003 under the mark ‘Superior 5000’. 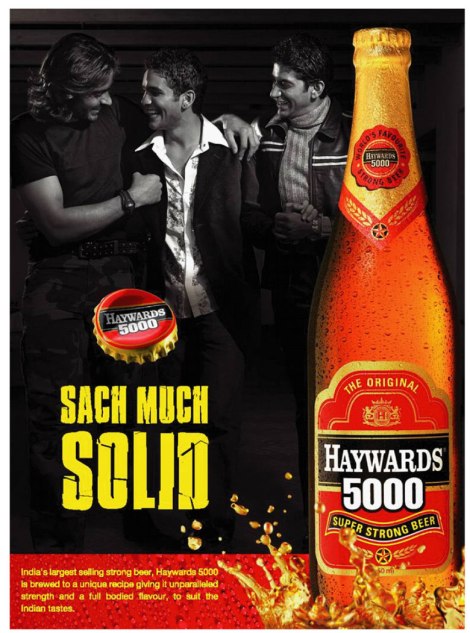 Plaintiff filed a suit for for permanent injunction praying restraining orders against the Defendant towards infringement of Plaintiff’s trade mark and passing off.

• Beer sold by Plaintiff under the trade mark ‘Haywards 5000 Super Strong Beer’ has become one of the largest selling brands of beer. Numeral ‘5000’ has been sufficiently used by the Plaintiff to denote distinctiveness of the origin of the goods i.e. ‘Haywards 5000 Super Strong Beer’ and the exclusive right is conferred on the Plaintiff by way of registration under Section 28 of the Trade and Merchandise Marks Act, 1958 .

• Customers while purchasing Plaintiff’s brand of beer demand the seller with reference only to the numeral ‘5000’ beer.

• The numeral ‘5000’ lies in the public domain and the Plaintiff has no right to appropriate the same. The said numeral can be used by any person in conjunction with any other mark and therefore, the Defendant has a right to market its beer under the trademark ‘Superior 5000’.

• Deceptive similarity means that the mark is likely to deceive or cause confusion in relation to the goods in respect of which the plaintiff got its mark registered. For the purpose of this comparison, the two marks have to be compared, not by placing them side by side, but by asking the question whether having due regard to relevant surrounding circumstances, defendant’s mark is similar to that of the plaintiff’s, as would be remembered by persons possessed of an average memory with its usual imperfections. (Followed Jagan Nath Prem Nath Vs. Bhartiya Dhoop Karyalaya; AIR 1975 DELHI 149)

• Plaintiff has been using the numeral ‘5000’ in connection with his super strong beer and has been exclusively using the said numeral The numeral ‘5000’ is identified in the minds of the consumers in the trade with the product of the Plaintiff. It is central to the theme and scheme of the label of the plaintiff.

• Defendant used the numeral ‘5000’ in respect of its beer to cash in on the wide reputation and the goodwill built over the years by the Plaintiff.

• Plaintiff has prima facie shown having built a reputation over the years and it should not be allowed to be tarnished. Moreover, the Defendant has built no goodwill or reputation, as it has just launched its product. Thus, no harm would be caused to the Defendant if the injunction as prayed for is granted.

Walter Bushnell Pvt. Ltd. v. Miracle Life Sciences; 26.05.2014; CS(OS) 220 of 2013 before the Delhi High Court Plaintiff Registered Proprietor of DROTIN for medicines claiming user since 1997, Defendants using DROTAMOL The Defendant challenged, the validity of Plaintiff’s mark and the Court observed that “With regard to validity of the trade mark of the…

Aananda Expanded v. Unknown 2002 (24) PTC 427 (Reg.) Brief Facts: Four applications for the registration of copyright were submitted to the copyright office under Section 45(1) of the Copyright Act, 1957 under the category of artistic works by M/s ABP Ltd. The works submitted for registration were a series of fonts comprising alphabets in…