Plaintiff was manufacturing and marketing since 1965 vanishing cream containing turmeric and sandal wood under the name of Vicco Turmeric Vanishing Cream. Plaintiff had been marketing the said cream in tubes in cartons. The carton and tubes had a distinctive get up and colour scheme, i.e., red background with yellow floral design and printing in white letters. On two sides of the carton there were floral designs with the words ‘Vicco Turmeric’ in first line, words ‘Vanishing Cream’ in the second line and words ‘An Ayurvedic Preparation’ in the third line. On the third side of the carton there was floral design with the words ‘manufactured in India by’ printed in the first line and the Plaintiff’s ‘name and address in the second and third line. On the fourth side of the carton the uses of the said cream were mentioned. The get-up, colour scheme, arrangement of features on the tube was also similar except that the writings on the tube were yellow. The cap of the tube was yellow and the tube had a Yellow strip in the bottom. The total sales of the said product since April, 1975 up to December, 1977 are of Rs. 1,77,31,377/-. 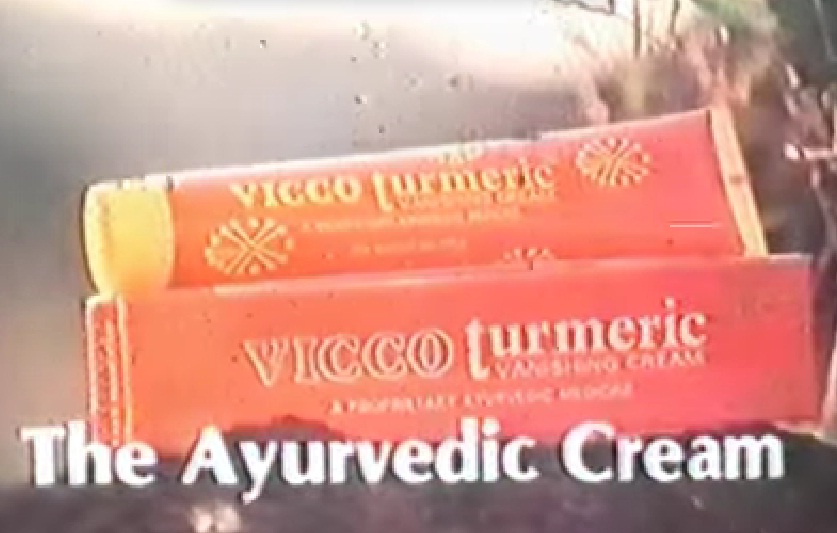 The Defendant’s launched an identical product called ‘Cosmo’ and the colour scheme, get-up, layout and arrangement of features of the same were identical to Plaintiff’s product ‘Vicco’.

• By reason of sales and publicity their product has become popular in the market and by reason of distinctive get-up and colour scheme, the tube and the carton have come to be associated by the trade and the members of the public as the product of the Plaintiff exclusively.

• Defendant started selling ‘Cosmo Turmeric Vanishing Cream’ in Nov. 1977, that they are using their own descriptive words as well as floral design giving their address on the carton and tube along with manufacturing license and excise license number and also the retail price.

• Trade marks ‘VICC0’ and ‘COSMO’ are different visually as well as phonetically and no mistake is possible while purchasing the vanishing cream either of the Plaintiff or of the Defendant.

The Defendant was injuncted from using a deceptively similar colour packaging as that of the Plaintiff.

Imperial Tobacco Co. of India Ltd. v. Registrar of Trade Marks and Anr. AIR 1968 Calcutta 582 Brief facts: The Appellant applied for Registration of the mark “Simla” under Part A of the Register. A Show Cause Notice was issued to the Appellant stating that the word “Simla” is a geographical name and registrable only…

India Tv Independent News Service Pvt. Ltd. & Ors. Vs. Yashraj Films Pvt. Ltd. 2013 (53) PTC 586 (Del) There were two suits filed by Yash Raj Films. In one suit, the Defendant used the first line of the lyrics of a hit song ‘Kajra Re Kajra Re Tere Kare Kare Naina’ in an advertisement….

Fedders Lloyd Corporation Ltd. v. Fedders Corporation 2005 (30) PTC 353 (Del-DB) Facts: Under an agreement entered into between ‘Fedders Quiogan Corporation’ (the Respondent) and the then partnership firm, ‘M/s Llyod Electric and Engineering Company’, on 21st May 1956, a license to deal in air conditioners was granted to the latter for 5 years under…