Facts of the case:

The Respondent No. 1 filed a criminal complaint against the Appellants claiming infringement of copyright in a synopsis of a story written by him with the title “Desi Boys” that he mailed to a friend to further forward it to a film Director who never replied.

Subsequently, promos of a film bearing the title “Desi Boys”, spelt as “Desi Boyz” were seen by him, after which he filed the said criminal complaint in 2011. 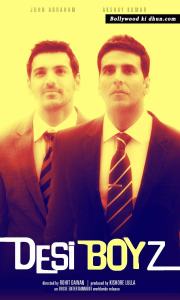 Post the release of the film ‘Desi Boyz’, the Appellants approached the Bombay High Court under Section 482 of the Code of Criminal Procedure for quashing the complaint and process issued under Section 63 of the Copyright Act read with Sections 406 and 420 of Indian Penal Code.

In his judgment, the learned Single Judge of the Bombay High Court pointed out that according to the Appellants, the story which they had converted into a film was written by an author to whom they had paid a certain amount under an agreement even before the complaint of the Respondent No. 1.

After observing that the facts alleged by the Respondent No. 1 can only be determined at the trial and on the face of the record there was neither any abuse of court nor failure of justice, the applications were simply dismissed and the High Court refused to quash the criminal complaint, hence these appeals were filed by the Appellants before the Supreme Court.

Arguments of behalf of the Respondents:

• Copyright in the title “Desi Boys” has been infringed by the Appellant as it is the soul of his story and copying it takes away everything from his story.

Arguments on behalf of the Appellants:

• There is no copyright in the title of a story or for that matter a film and therefore, no complaint is tenable Under Section 63 of the Copyright Act.

• The Appellants got the story written by an author who was paid for it even before the complaint had been instituted and the story was later converted into a film bearing the title “Desi Boyz”. The film had been released all over the world including India on 25.11.2011.

• The story of the film bears no similarity whatsoever with the synopsis that was mailed, the characters and the scenes and the settings are also entirely different.

Whether copyright subsists in the title of a literary work?

A title by itself is in the nature of a name of a work and is not complete by itself, without the work; and is not protectable under Section 13 of the Act. Moreover, the combination of the two words “Desi” and “Boys” are common words cannot be said to have anything original in it. Therefore, its origin cannot be attributed to the Respondent No. 1.

Additionally, these words do not qualify as ‘literary work’. The Oxford English Dictionary describes’literary’ as “concerning the writing, study, or content of literature, especially of the kind valued for quality of form”. The mere use of common words, such as those used here, cannot qualify for being described as ‘literary’.

Same has been reiterated in Hogg v. Maxwell; (1866-67) L.R. 2 Ch. App. 307, wherein the Court observed that the Legislature provided for the registration of that which was to be the indicium of something outside the registry, in the shape of a volume or part of a volume. Further, there cannot be what is termed copyright in a single word, although the word should be used as a fitting title for a book.

In Francis Day and Hunter Ltd. v. Twentieth Century Fox Corporation Ltd. and Ors.; AIR 1940 Privy Council 55, the Privy Council considered the infringement of copyright in the title of a song and observed that in general, a title is not by itself a proper subject-matter of copyright as a title does not involve literary composition, and is not sufficiently substantial to justify a claim to protection. There might be copyright in a title “as, for instance, in a whole page of title or something of that kind requiring invention.”

Similarly, Copinger and Skone James on Copyright, Sixteenth Edition by Kevin Garnett, M.A., Gillian Davies, D.L., Ph.D. and Gwilym Harbottle, B.A. (Oxon) at page 70 states that there is no property in a name or title standing alone unless it is the subject of goodwill or a registered trade mark.

The conclusion of the matter is that a copyright cannot be claimed in the title of a work, however, this is possible in case the title itself is original and in the nature of an invention. To establish infringement, one will have to delve into the originality of it and substantial copying by the defendant. If a well-known title of a film is used without authority, the owner’s remedy is likely to lie in passing off only.

The Appeal, therefore, in the instant case was allowed and the criminal complaint was quashed.

Facts: Two plaintiffs, namely, F. Hoffmann-La Roche Ltd. and OSI Pharmaceuticals Inc., filed this suit for permanent injunction restraining infringement of patent by the defendants. The plaintiff No.1 Company claiming to be the world’s leading research-focused healthcare groups in pharmaceuticals and diagnostics stated that it engages into collaborative agreements and alliances with numerous partners and…

Gautam Gambhir v. D.A.P. and Co.and Ors. CS(COMM) 395/2017 before the Hon’ble High Court of Delhi Date of decision: 13th December, 2017  Brief Facts: Plaintiff, Mr. Gautam Gambhir, a prominent International Cricket Player of India had received numerous accolades over the years. Defendant was running a restaurant with the tag line ‘by Gautam Gambhir’, without…

McCain International Ltd. v. Country Fair Foods Ltd. 1981 RPC 69 Brief Facts: In January 1979, McCain International Limited(Plaintiff) launched in the market chipped potatoes and conducted an extensive advertising campaign in which they referred consistently and accurately to ‘McCain Oven Chips’ in the same way as they so referred consistently extensively and accurately in…

Bloomberg Finance LP v. Prafull Saklecha & Ors. CS(OS) No. 2963 of 2012 Before the Hon’ble High Court of Delhi at New Delhi Decided on: 11th October, 2013 Facts The Plaintiff a multinational financial news corporation was founded in 1982. Plaintiff operated in India through it’s subsidiary/associate Co. in New Delhi. Plaintiff’s ‘Bloomberg’ Trademark was…

Facts: The defendant No.1 claimed to have obtained a patent for process titled as “A Process of manufacturing engraved design articles on metals or non-metals”. The defendants No.2 and 3 are Commissioners of Customs (Import), Officers of Customs. The plaintiff filed a suit seeking declaration and consequential reliefs of injunction on the premise that the…